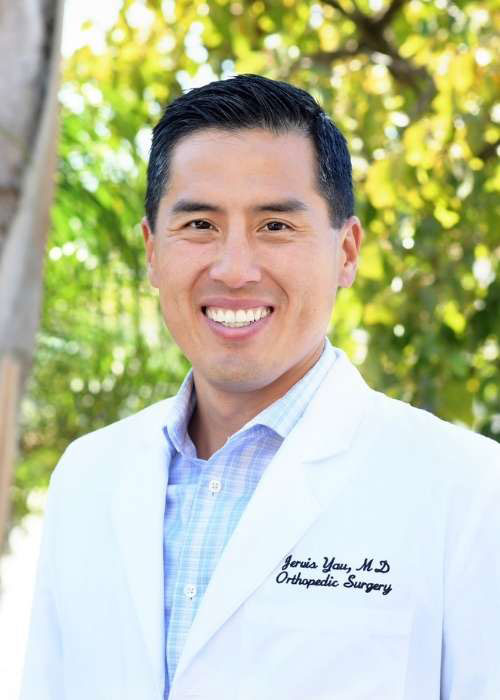 Are you an athlete who participates in sports that involve sprinting, kicking and high-speed skilled movements? If so, you may be at risk of tearing your proximal hamstring. Hamstring strains and tears are very common injuries suffered by athletes. Proximal hamstring tear specialist, Dr. Jervis Yau provides diagnosis and both surgical and nonsurgical treatment options for patients in Santa Barbara who have suffered a sprained or torn hamstring. Contact Dr. Yau’s team today!

The hamstring muscle group consists of three muscles: the biceps femoris, semitendinosus and semimembranosus.  All three originate from the ischial tuberosity of the pelvis and inserts below the knee with the biceps femoris attaching on the fibular head and the semimembranosus and semitendinosus to the medial tibia.  These muscles cross both the hip and knee joints, thus affecting their motion. Dr. Jervis Yau, Santa Barbara, Goleta, Santa Maria and Ventura, California orthopedic hip specialist, specializes in the treatment of proximal hamstring tears so patients can return to an active lifestyle.

How do Proximal Hamstring Tears Occur?

Acute hamstring strains are common in sports that involve sprinting, kicking and high-speed skilled movements. A NFL team published injury data for their team during pre-season training camp from 1998-2007.  Hamstring strains were the second most common injury, only surpassed by “knee sprains.” Hamstring strains primarily occur at the myotendinous junction.  Majority of hamstring strains are effectively treated with rest, activity modification and rehabilitation. Much less common, but more severe, are complete avulsion of the proximal hamstring tendons off the ischial tuberosity.  When this occurs, a large amount of bleeding (hematoma) will form in the back of the thigh and the tendons will retract away from the ischial tuberosity.  Injuries typically occur from a forced hip flexion with simultaneous knee extension. Complete avulsions result in significant or complete loss of hamstring function depending on how many of the tendons are avulsed.  This can lead to poor leg control and difficulty walking.  Because of the significant structural damage and resultant disability, these injuries are often treated with surgical repair.

What are the Symptoms of a Proximal Hamstring Tear?

Patients affected by a tear in the proximal hamstring often experience acute pain with a “popping” sensation of the buttock region.  This is often followed by the inability to bear weight or sit without pain. Often, swelling and bruising of the posterior thigh develops within the first 48 to 72 hours. Occasionally, the patient may experience sciatic nerve pain, numbness and tingling associated with the injury since the sciatic nerve runs adjacent to the hamstring muscles. 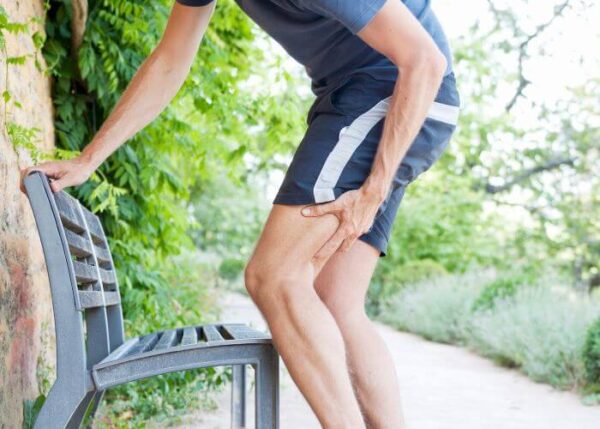 Have you sustained a proximal hamstring tear?

How are Proximal Hamstring Tears Diagnosed?

Hip specialist Dr. Yau diagnoses proximal hamstring tears by performing a medical review and physical examination. During the examination, he will assess posterior thigh swelling/bruising, assess for ischial tuberosity tenderness and hamstring weakness. The diagnosis is confirmed through x-rays and MRI scan.

What is the Treatment for a Torn Proximal Hamstring?

Most hamstring strain without tendon tear and retraction can be effectively treated without surgery. Dr. Yau will prescribe a combination of rest, ice, activity modifications and physical therapy.

If the proximal hamstring are detached and retracted, Dr. Yau will recommend surgical repair. This is typically done through an open approach to repair the torn tendons back to its original attachment site in order to restore hip function.

For more information on injuries to the proximal hamstring, or to determine if you have experienced a proximal hamstring tear, please contact the orthopedic office of hip specialist Dr. Jervis Yau located in the Santa Barbara, Goleta, Santa Maria and Ventura, California area.

LEARN HOW WE CAN HELP YOU STAY ACTIVE